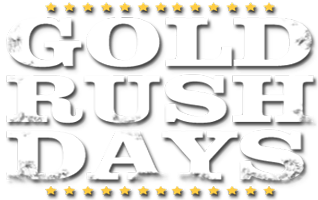 As you enter Old Sacramento’s 28-acre town of historic buildings that were constructed in the early 1800s, you’ll step back in time to the California Gold Rush era. 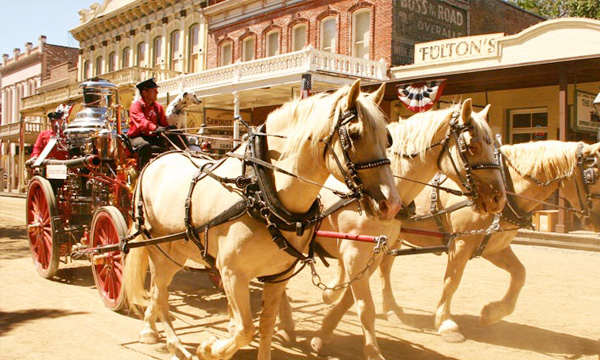 Pioneers first settled along the banks of the Sacramento River, a main traffic route for supplies. But the new city experienced flooding and fires. In 1850 Sacramento experienced its first devastating flood, and another one in 1852. It became apparent that drastic measures would need to be taken if the city was to be saved.

In 1853 a mammoth project was proposed to raise the city above the flood stage. The ambitious and expensive proposal was not totally accepted until another devastating flood swept through the city in 1862. Within a few years, thousands of cubic yards of earth were brought in on wagons and the daring scheme to raise the street level can be seen throughout Old Sacramento under the boardwalks and in its basements.

The center of the commercial district gradually moved east, leaving the area impoverished. In the mid-1960s, a redevelopment plan was granted to revitalize a once thriving merchant community. Today, after strong preservation efforts with 53 historic buildings, Old Sacramento has more buildings of historic value condensed into its 28-acres than any area of similar size in the West. The nostalgic appeal of early American history is reflected perfectly by the wooden sidewalks, horse-drawn carriages, old-fashioned candy shops and Mississippi-style riverboats. History comes to life through interactive experiences, such as taking a ride on a steam engine train, sitting in an authentic desk inside a one-roomed 1800s replica schoolhouse, or dressing in period costumes for an old-fashioned photo. Old Sacramento is a National Landmark and a portion is designated as a California State Historic Park.

Considering the adventurous and ambitious spirit inherent of the pioneers, it is no surprise that some famous names got their start in Sacramento.

For example, the influence of the “Big Four” of western railroading (Leland Stanford, Mark Hopkins, Collis P. Huntington and Charles Crocker) is evident throughout the city. The Big Four Building in Old Sacramento includes the Huntington Hopkins Hardware Store Museum and Stanford Gallery. B.F. Hastings opened as a bank in April 1853 and it is now a museum housing a reconstructed Supreme Court, Wells Fargo Bank and the Pony Express.

Adventurous ambition was truly crystallized by the riders for the Pony Express. A monument stands in Old Sacramento honoring the dare-deviled orphans who conquered the challenging trip from St. Louis, Missouri, to its western terminus in Sacramento.

Old Sacramento is also home to the California State Railroad Museum. This is the most comprehensive collection of trains and other related artifacts in North America. Incredibly knowledgeable docents eagerly share railroad history. At the museum, visitors walk through remarkable chapters in history, from the grueling task of laying tracks to boarding the deluxe cars that graced the Western United States. The Sacramento History Museum offers yet another opportunity to learn about California history with special presentations on the Gold Rush, newspaper business and agriculture industries.

The discovery of gold at Sutter’s Mill capped off the greatest human migration in American history. Thousands of hopeful pioneers headed towards California in search of a better life. From the settlement town of Old Sacramento, to the supply center and trade post of Sutter’s Fort, the Sacramento region is rich in Gold Rush History.

Join us for the Gold Rush Beer Crawl

Join us for the Gold Rush Beer Garden & Country Dance! 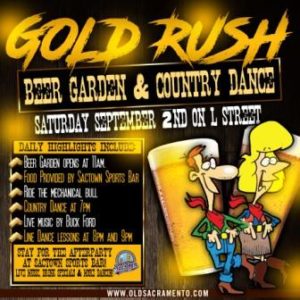